Charity disputes claims on quality of trees as part of planning dispute.

Harrogate based conservation charity Pinewoods Conservation Group (PCG) has disputed claims that Rotary Wood is not a successful woodland that has been supported by a leading horticultural expert. Rotary Wood is currently under threat by Harrogate Spring Water Limited (HSWL) who plan to extend their current bottling plant into wood destroying up to 4 acres of woodland.

Several recent quotes and emails to residents from Harrogate Spring Water have stated that “It is not currently thriving woodland” and “some of the trees in the wood had failed to thrive” that the charity feels are very misleading.

The site was originally designed by Terry Knowles from Harrogate Rotary with input from renowned horticultural expert Matthew Wilson whilst curator at RHS Harlow Carr.

"We consulted and took the advice the Matthew Wilson both as regards to the layout and the types of tree to grow. The site was designed with wildlife, and especially birds, in mind which meant leaving some areas unplanted to allow flight paths for the birds. To make it look more natural, the trees were planted over a number of years and it is clear to anybody visiting the site that the trees continue to grow well, and that nature has taken a firm hold"

Matthew Wilson, who is now a regular panellist on Radio 4 Gardeners Question Time and has fronted his own Channel 4 show “Landscape Man”, added:

“UK woodlands are under increasing pressure, as is biodiversity in general. Rotary Wood is an important home to a range of species of plants and animals, but is equally important as an amenity to the people of Harrogate, in an area where development is taking place at a significant rate. I hope that everything can be done to ensure that Rotary Wood is preserved as an important feature for Harrogate and a suitable compromise reached that enables a respected local business to continue to grow.”

A spokesperson for the PCG added:

“It is vital the residents receive factual information as part of this debate, and will we continue to correct all misinformation. Even the public available report commissioned by HSWL says that ‘The Alders, Willows, Poplars and Birch – all of which are primary inhabitors of waste/poor ground have adapted well and show good growth, together with several other species such as the Black Pine’. It remains our view this woodland is vital in supporting wildlife and biodiversity within Harrogate District and should not be developed.”

A recently launched initiative with Crowd Justice to raise fund to cover help protect the area of the from potential sale and development has raised over £4,000 over the last 3 weeks and is nearing its £5,000 total.

Donations of any amount can be made online via https://www.crowdjustice.com/case/pinewoods/ where more details of the threat are available. Regular updates will also be provided by the charity at key stages of the project as to where any funds have been utilised. 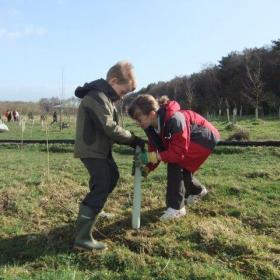