The Pinewoods Conservation Group has a long term plan to remove Himalayan Balsam from the Pinewoods. Himalayan Balsam is a none native plant introduced to Britain by the Victorians in the late 1800s. These plants allow no light onto the ground and as such most of our native wild flowers will cease to exist in these areas. Single plants if left will develop  can generate up to 800 new seedlings per yearly. Eradication of Himalayan Balsam will allow native plants to re colonise and the natural balance of the area will return which in turn will increase insects and wildlife.

Using commercial companies, volunteers and other groups the plan is to clear the Pinewoods area by area.

A pilot was undertaken on the Valley Gardens side in 2014 that has seen a reduction in that area so far in 2015.

As such a wider project has now been commissioned that will see all areas strimmed and/or pulled during 2015. Open Country will be spending at least 1 day per week on the Valley Gardens side. IWM will be strimming the main areas during July and September. It is planned to repeat this in 2016 and 2017 subject to funds being available.

Funding bids have also been submittted to purchase naitive wild flower plugs and seeds to help keep the balsam from re-establising whilst supporting a wider range of insect life.

More informaiton can be found at the link below on research to remove balsam. 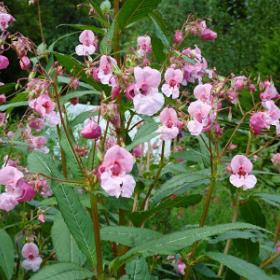 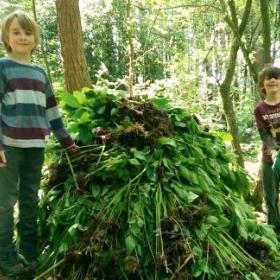